As part of a community partnership between the Brigham City Police Department and the Box Elder School District, a School Resource Officer (SRO) program was initiated several years back at Box Elder High School. Through this partnership, an officer was assigned to the high school on a full time basis.

Beginning with the 2003-04 school year, the SRO program was expanded to include placement of an officer at the Box Elder Middle School on a full-time basis as well.

What is a School Resource Officer?

The School Resource Officer (SRO) program is the next step in Community-Oriented Policing (COP). The SRO is an asset used by the community and the school in an attempt to address situations in the lives of students in a manner other than the judicial system.

The School Resource Officer program is a nationally accepted program involving the placement of a law enforcement officer within the educational environment. The officer is involved in a variety of functions while in the school aimed at prevention. Besides being an active high profile law enforcement officer, the SRO is a resource for students, parents, teachers and administration regarding law issues. Another duty for the SRO is being a link to other service agencies who provide preventive and counseling services within the school district. Working hand-in-hand with the principal in each school, the SRO assists with finding solutions to problems afflicting school age children.

The SRO is a proactive approach in dealing with the pressures that today's youth find themselves having to confront. This includes the use of alcohol, drugs, and tobacco, along with peer pressure, gang activity, and sex. These situations are not only in the schools, but in the community as well. The approach of addressing these issues only in the school, or only in the community, has not been completely effective. Traditionally, the police and schools did not interact until one called upon the other.

Children affected by substance abuse or gang activity in the community will carry it into the school, which in turn affects other students, educators and administrators. The SRO system, the community, and those within the realm of law enforcement are now working together to resolve these problematic situations.

Are the schools so bad that we need SROs?

This is a question that was common with parents, teachers, and community leaders prior to the implementation of the SRO program. The question is easily answered when you ask yourself the following: Would you rather send your child to a school where there is an active law enforcement officer on duty, working with the school system, who acts quickly to solve problems?

While there have been some concerns within and around Box Elder High School and Box Elder Middle School, officers in the schools are not a required necessity. Any time an officer is in an area though, that officer's presence alone will deter behavior not normally accepted by society.

The Brigham City Police Department and Box Elder School District are working together to confront problems our students must face now. By addressing these issues together and proactively, we become increasingly effective.

Throughout the United States each year over 200,000 violent crimes occur on school property. Each year 150,000 students stay home because they are "sick of violence and afraid they might be stabbed, shot or beaten." Every day in the U.S., 60 teachers are assaulted and 160 are threatened. It is estimated that between 100,000 and 135,000 guns are brought to school each day. During the 1992-93 school year, 91% of urban schools, 81% of suburban schools and 69% of rural schools identified student vs. student assaults as the leading school related violent act.

Although most statistics are nationwide, we can see the trend. An SRO, if utilized correctly, should be the first line of defense against gangs, drugs, alcohol and school violence. The Supreme Court recognized the effects that gangs and drugs have in our schools and has ruled that "gangs and drugs" are inherently dangerous. They have also stated that every student in the United States has the right to feel safe while attending school.

Through prevention programs, it is hoped that in Brigham City we can reverse the trends that are hurting our youth and education. Schools understand and believe that we hold the future of youth in our hands.

What do SROs do in the schools?

The SRO works with the administration, educators and counselors. The role each plays is dependent on the need of the situation. Both Box Elder High School and Box Elder Middle School are dedicated to providing a quality education to each student. With this goal in mind, all assets and services are pledged to this end.

A student with a suspected substance abuse problem is a different concern than a student being harassed or a student suspected of being involved in gang activity. No one person has the "final" say as to the solution to a situation, as each has differing roles, authority and approaches. The tantamount concern is the student, the needs to be covered and possible solutions.

Who are the SROs in Brigham?

The School Resource Officer for Box Elder High School is Detective Joe Thomas.  He has been with the Brigham City Police Department since August 2015 and was appointed as the BEHS SRO beginning with the 2018-19 school year.  He had previously been the SRO at Box Elder Middle School.

The School Resource Officer for Box Elder Middle School is Detective Neil Green.  He started with the Brigham City Police Department on July 22, 2019 and was appointed as the BEMS SRO beginning October 15, 2019.

Detective Thomas can be contacted by calling either the Brigham City Police Department or Box Elder High School.

Detective Green can be contacted by calling either the Brigham City Police Department or Box Elder Middle School. 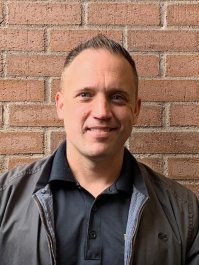 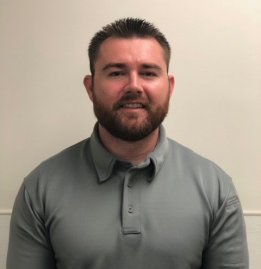